Things That You Should Know About Wrist Sprains 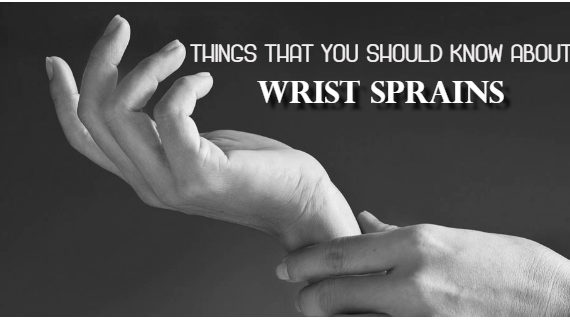 Things That You Should Know About Wrist Sprains

Wrist sprains are a common type of injury that may affect men and women of all ages. A wrist sprain is said to have occurred when the strong ligaments supporting a wrist are stretched beyond their maximum limits. This usually takes place when a wrist is twisted or bent forcefully, such as when caused by falling onto the outstretched hand. Wrist sprains can range from mild to severe, and medical intervention depends on the severity of the sprain itself.

The wrist is made up of ligaments and when a wrist sprain is said to have occurred, it can cause tears and stretches within the fibers of the ligaments. The ligaments are fibrous tissues that are strong and help to connect the different bones. Ligaments present in the wrist area play an important role in keeping all the bones in their correct positions. They also stabilize the joint and enable a person to use the hand smoothly. When wrist sprains occur, they make it difficult for the joint to function in a normal manner.

There are various grades associated with wrist sprains. The grading depends on the nature, extent and severity of the sprain.

Let’s have a closer look at them.

There are a wide range of symptoms that are associated with a wrist sprain. Some of them include

If you experience even a moderate level of injury, it is important that you get it checked out by a doctor or medical expert. A wrist injury may seem to be mild from outside with only minimal swelling. However, it can still involve torn ligaments and may require surgery to avoid any long term problems. In some cases you may only have a moderate sprain but underneath it all there can be a fracture. Therefore it is best to consult a doctor.

The treatment of wrist sprains may include both surgical and non-surgical methods, which is decided by the medical expert based on the intensity of the condition.

Mr Kaser Nazir was my second opinion foot specialist after not being happy with the "verdict on my future before". I had a plantar plate injury. For a full time professional dancer teacher this was devastating. After meeting Mr Nazir I felt instantly reassured and I knew this is all going to be good. He END_OF_DOCUMENT_TOKEN_TO_BE_REPLACED

Mr. Gupte saw me at a couple of hours notice diagnosed the possible problem and started treatment that evening, he went on to try and sort out my knee but in the end he had to operate. This has been very successful and I am doing great. Thank you Mr Gupte. I am very happy END_OF_DOCUMENT_TOKEN_TO_BE_REPLACED

I cannot recommend Mr Nazir and his team enough. They're kind, supportive and with you every step of the way - from when you have the operation and during recovery. I had surgery on both of my feet which may sound daunting but it was honestly the best decision I ever made. Recovery has been END_OF_DOCUMENT_TOKEN_TO_BE_REPLACED